The European Union has agreed to freeze its rule that all airlines must pay for their carbon emissions for flights into and out of EU airports for a year. 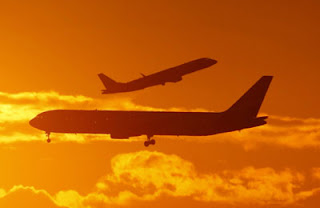 The year-long exemption will apply to flights linking EU airports to countries outside the bloc, a move welcomed by US, Indian and Chinese officials.  EU Climate Commissioner Connie Hedegaard said she had agreed "to stop the clock" to create a positive atmosphere for international talks on an alternative global plan to tackle airline emissions using the UN's International Civil Aviation Organization (ICAO), which is seeking an alternative global deal.  The cost of the EU's aviation law is minimal, at 1-2 euros per passenger per flight, given the weakness of the EU Emissions Trading Scheme, on which the carbon price has sunk under a glut of surplus permits following the region's economic slowdown.

Flights within the European Union will still have to pay for their carbon emissions as per the EU ETS.
Prev
Next