Why Ireland's Carbon Tax May Be Doing More Harm Than Good

In Ireland's 2012 budget, the finance Minister increased Ireland's Carbon Tax (tax on the emission of CO2) to €20 per tonne. While many economists think a Carbon tax is the most efficient way to reduce CO2 emissions, this is based on the presumption that all fuels have the tax placed on them based on how much carbon they emit from being used.

Currently in Ireland the carbon tax only applies to petrol, diesel, kerosene, marked gas oil, liquid petroleum gas (LPG), fuel oil and natural gas. It does not apply to electricity as this is covered under the EU ETS (emission trading scheme, which puts a price on carbon which must be purchased from the market, albeit a much lower price currently (~€7 per tonne CO2)).

The big gap in the tax is on the most carbon intensive fuels including coal and peat, with Minister Noonan stating that there would be “no increase for peat, coal or the bail of briquettes or the bag of blocks”.
This is rather misleading as a bag of blocks (or logs) would have a zero carbon tax rate as it is a renewable fuel.  The big winners are coal, peat and other carbon intensive solid fuels.

So why might Ireland's carbon tax make matters worse? It's simple really, as the most polluting fuels (in a CO2 sense) are exempt from the tax, they are at a significant competitive advantage over those which must pay it. It now more than ever makes sense financially to switch to coal and peat from less CO2 intensive fuels. While this is not a black and white issue, with fuel poverty high on the political agenda, it is important that the purpose of the Carbon tax is maintained, i.e. to reduce CO2 emissions and not seen as a purely revenue raising measure, which is what it appears to look like at the moment. 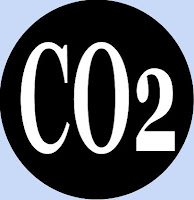