#Sandy and the #energy gap developing

How Sandy is still driving home the importance and fragility of our modern energy systems.

Almost one million people remain without electricity in New York state, with another million plus without power in the neighbouring state of New Jersey, following landfall of storm Sandy last Monday 29th October, almost a week ago, and many transport systems are still not back to full capacity.

From power shortages in Japan following the massive tsunami and nuclear emergency, the shut down of South Korean nuclear power stations following the use of uncertified parts, recent blackouts across India and now electricity and gasoline shortages in New York, the fragility of our energy systems, and their critical importance in modern survival, are only being realised by many commentators.

The robustness of our energy systems (and other engineered infrastructure) is coming under closer scrutiny.  As part of any sustainable energy system, the security of supply is paramount as modern societies depend so heavily on it for day-to-day living.  To meet these needs an adjustment in priorities may be required including a move away from the obsessive ball watching of financial systems towards what fundamentally is required by our societies to function and thrive.
EnergyElephant.com 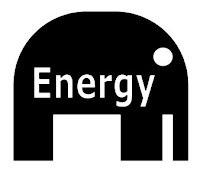